Thursday saw a renewed decline for Bitcoin as the leading cryptocurrency plunged to $40,090. A bounce followed, leading to a tight trading range between $40,300 and $40,900.

Currently, Bitcoin is trading at $40,800, down 5% in the last 24-hours. However, fears are this sell-off could be the start of more downside to come.

Bitcoin experienced a 9% swing to the downside yesterday, having posted a daily high of $44,200 in the early hours (GMT). The knock-on effect saw a loss of $154 billion from the total crypto market cap. 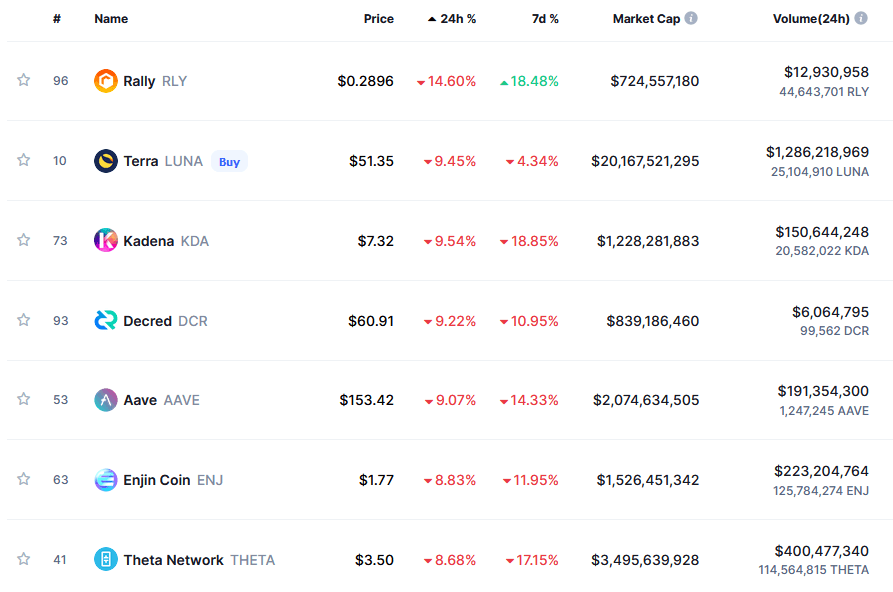 Analysis from MMBTtrader on the market leader, Bitcoin, concludes, as things stand, if major support at $39,000 – $40,000 holds, the market remains bullish.

Drilling down further, MMBTtrader noted $46,000 was a strong resistance level, with February 10 seeing a rejection at this level.

This latest downtrend takes the market just above a bearish zone (pictured as a black oval in the chart below.) Should Bitcoin enter this zone, MMBTtrader expects further downside, with $35,300 being the next level of support.

“As we can see on the chart too 46K$ is major resistance for the price and only after a valid breakout to the upside we can expect more pump here also 39K-40K is major support here and if this support remains valid market remains bullish.”

According to The Motley Fool, this sell-off is attributed to the uncertainty of pending, more onerous U.S regulations.

“The White House appears ready to push for regulation on the cryptocurrency industry and that uncertainty alone is spooking investors.”

The latest reports on this matter state President Biden will issue an executive order next week calling U.S government agencies to formulate a national strategy in respect of regulating cryptocurrencies.

This would also involve studying central bank digital currencies, including a technical evaluation on the practical implementation of a digital dollar.

The Motley Fool article concludes by saying although the market has reacted pessimistically, long-term, a national framework is a positive development that will bring clear guidelines on conducting crypto business.

However, at the same time, it’s unclear whether the current administration is pro-crypto. Based on recent dealings, it’s assumed not.

“Companies and investors have been trying to get Congress and regulators to write favorable rules for years, but they’ve been fighting an uphill battle so far.“

The worst-case scenario would be a national framework that hampers digital currencies, taking away any benefits of investing in them.

For now, we await further news.

Did you miss our previous article…
https://www.goldcoastmoneyonline.com/will-matics-burning-mechanism-help-polygon-stay-on-top/

11 Best Food Delivery Service Companies to Work For in 2022