These are the Best Gaming Coins you can Invest in 2022

Gaming is the main source of entertainment for both children and adults. Gaming has evolved from its earliest days as a computer game to virtual reality and metaverse games. Technology continues to make video games better. In 2020, the gaming industry generated $155 billion in revenues. Analysts predict $260 billion in revenue by 2025.

What is Gaming Coins Crypto?

Gaming coin crypto, in simple terms, is an in-game currency the player uses to play a specific game. It is a combination of video games and crypto. Gamers can use gaming coins to purchase characters, in-game weapons, and other items. You can also earn crypto for completing tasks. NFTs (Non-fungible tokens) are also available in gaming cryptos. They can be used as assets on the blockchain. Each NFT is identified by a unique code and metadata which distinguishes them from each other. Each crypto game has its own NFT.

It is easy to understand that everyone can play the game and earn gaming coins. Gaming is now a mainstream way to make an income. Gaming code is a form of gaming content that people get paid to create.

Although it may sound impossible to many, P2E is essential to understand how it works. P2E has revolutionized the way that traditional gaming operates. The developers who developed the games have always made the most of the revenue.

Blockchain technology allows you to play and earn games: Players can obtain items by playing games that are NFT-based.

There is more to the story. Like starting a game that will win games, one must get involved with staking. This involves putting your crypto to work. In other words, you have to invest in the game before it pays itself off and makes you money.

There are many other games, but the ones we chose to highlight were: 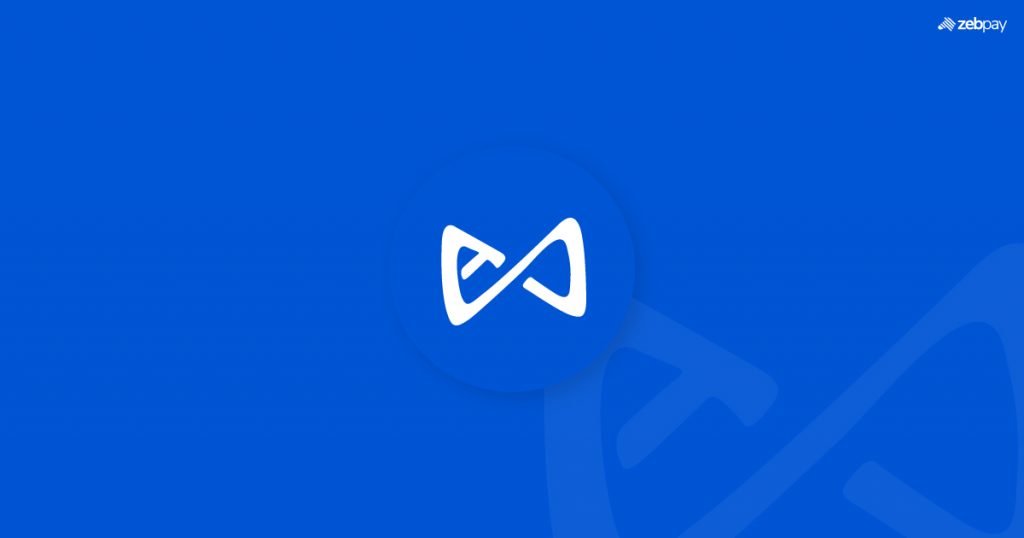 Axie Infinity was built on Ethereum. It is one the most well-known NFT games. It’s a Pokemon-themed pet world where players can earn tokens by fighting miniature fantasy creatures called Axies. Each Axie has its own unique characteristics. They can also breed with their offspring to get their strengths and weaknesses. You can live in your virtual world and collect Axies to battle them!

You can receive small love potions (or SLPs) in-game currency upon winning battles. These can be exchanged for fiat cash. The native ERC-20 token $SLP is the token. Axies are NFTs that can also be purchased and sold externally on NFT exchanges. Every day, the game is played by over 1,000,000 people.

It can be best described as a mix of the popular Pokemon video game with the Hearthstone digital game. It is simple: you fight and breed playable monster characters, such as Pokemon called Axies.

This game is NFT-based. Players do not receive fiat money directly, but they can get Ethereum-based tokens AXSs or SLPs. These can then be converted into Ether, one of the most well-known currencies in the world. You can have your Ether converted to fiat continuously or you can use it directly. This game is not a lucrative one. Many stories about success have been published in media outlets in rural areas in the Philippines.

In-game tasks and other activities can help players gain AXS or LPS. Engineers limit the amount of tokens that a player can earn through player vs. player and Arena events, as well as by completing specific tasks within in-game adventures.

It is possible to pay a high initial cost.

Axie Infinity’s initial cost can be a bit high. In order to purchase at least three Axies, a player used to have to spend USD 1000. The lowest priced Axies sell for USD 200.

To get started, the player must have at least three Axies. 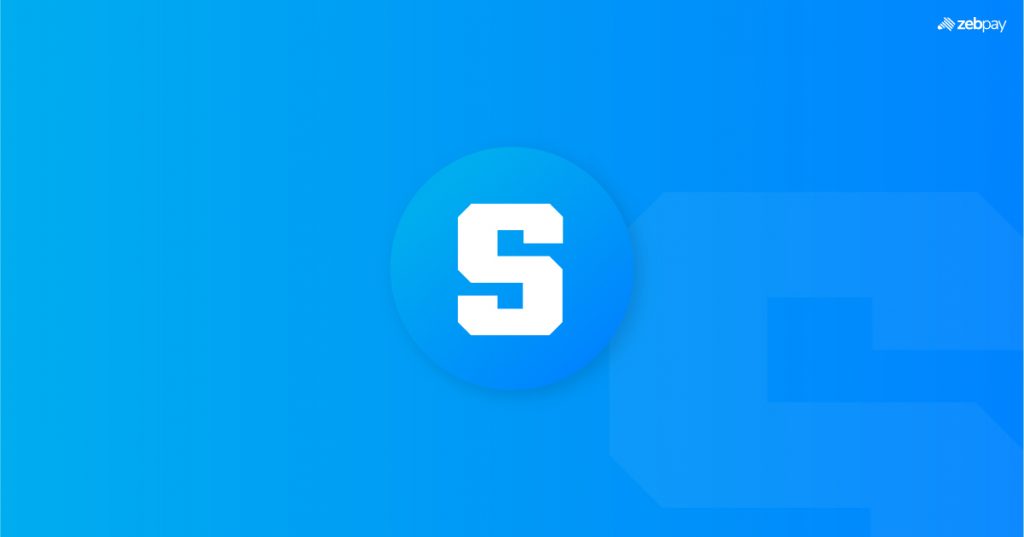 Sandbox, an Ethereum-based NFT metaverse gaming platform, allows users to use, sell and monetize virtual NFT. A game asset, such as a monkey can be created and made a non-fungible token NFT. Then you can sell it on the market. Voxels can be used to create assets that can animated using templates.

The ERC-20 utility token, the SAND token, is built on Ethereum blockchain. It is used to facilitate transactions in the sandbox. Players can purchase virtual lands and assets from the Sandbox Marketplace and customize their avatars with it. It can be used to store and create the land NFT governance values and lend to the network for transactions validation (Lending).

Sandbox is more than just a decentralisation platform for games on the blockchain. It makes possible the creation of a complete gaming ecosystem on the Ethereum blockchain.

The Platform’s Users Get Three Products from Sandbox

Game Maker – A shell that allows players to create multiple levels of scripts from one place. It also includes custom templates that allow users create their own scripts. VoxEdit – A 3D editor that allows users create and animate objects using voxel pictures. This tool allows users to create cars, buildings, avatars and other objects by providing storage space. Market – A shop that sells goods and services. It also allows users to view the games created by other developers. Market Place is where you can sell or buy land or avatars.

The SAND token is subject to significant economic restrictions. The token is not a cryptocurrency or digital asset. It is used to connect the various features of Sandbox and to feed games onto the platform. The SAND token has a slightly higher value than any game token for any standard MMO (Massively multiplayer online game).

The economic restriction that Sandbox has imposed is the result of its narrow target audience. The SAND token can only be used by game developers and gamers. SAND token holders have limited rights to forum access and can only use or create a game.

Maxim Blagov, Witek Radomski and Witek Radomski founded Enjin in 2009. The company also launched the Enjin Network, a platform that allowed gamers to connect. The platform now has more than 20 million users, a decade after its launch.

Next-generation NFTs are promised to everyone by engine tools and services. Companies of all sizes, and from all industries, can use them to create blockchain products.

This code-free solution allows you to create NFTs without any technical knowledge and then integrate them. You can sell the digital assets you have created, which can be used in many Engine projects.

Learn More: How to Mint an NFT

The Enjin wallet can be used to store cryptos as well as ERC-721 and ERC-1155 NFTs. It can also be seamlessly integrated with Samsung Galaxy smartphones to provide security information, such as the hardware wallet.

There is no Open-Source wallet

Enjin’s crypto wallet does not have adequate vetting because it is not open-source.

The Enjin token has no physical backing in terms profit, commodity, or assets. 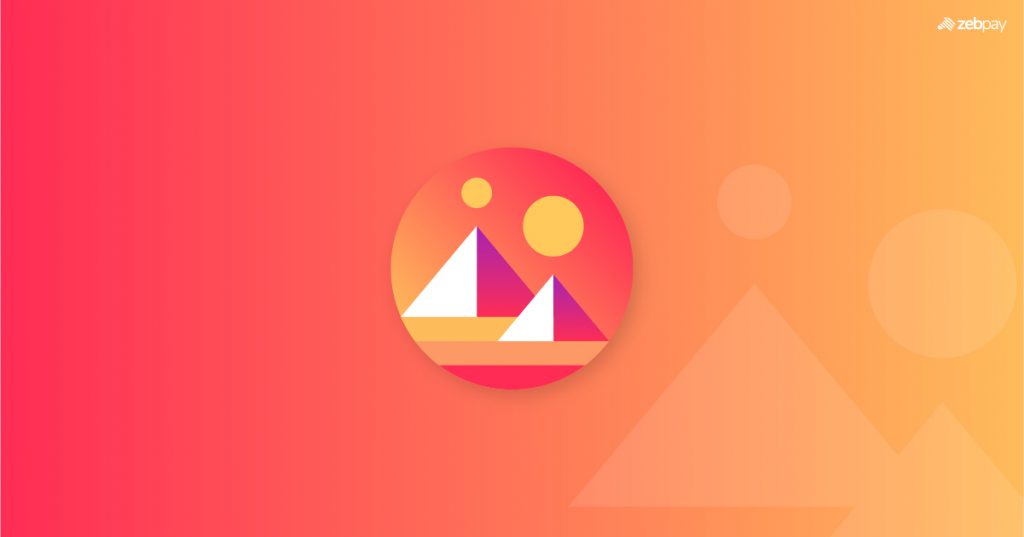 Decentraland is an emerging game genre. It exists in a decentralised community and can be accessed through real-life events or marketplaces. Decentraland is a virtual world that uses the Ethereum blockchain. You can have real estate and then build on it. MANA is the virtual currency.

Decentraland is a great game in the virtual world

A few decentralised apps (DAPPS), are available to address the increasing demand of DeFi users. Decentraland, a primary decentralised financial app, is classified under non-fungible tokens. This is due to its involvement with virtual reality.

The MANA is highly undervalued

Decentraland had 1,500 users per day in January 2021. This number grew by 566,667 percent to 10,000 daily users by March 2021. Millions of people are against common cryptocurrencies like Bitcoin, Litecoin and Dash. It is difficult for them to believe that, aside from these digital currencies there are over 17,000 coins available on the market. One of them is MANA.

As decentralised finance recovers the highest percentage of annual returns, it will become more accessible to millions of people. This could increase the cost of MANA.

The Platform is still in its early stages of development

In February 2020, the Decentraland was made available to the public. The coronavirus hit its peak in March andApril 2020, right after it was released. Since thousands of investors started selling large amounts, the cryptocurrency market has fallen to new lows.

Decentraland entered normalcy following the digital asset boom in 2021. Decentraland, a virtual decentral platform, is not trusted enough to take over the market. It will take time for it to adapt to the market’s needs and requirements.

Learn about: 5 ways to prevent your NFTs being stolen

If the platform can be used for at least two years to allow users to spot potential pitfalls, then cryptocurrency MANA will have probabilities based on certainty and not probability.

There is no end to the competition in NFT Space

Decentraland isn’t the only pioneer platform. Bitcoin saw Dogecoin and Litecoin compete right from the beginning. When they launched smart contracts, Ethereum was faced with Tron, Binance and Cardano as competitors. 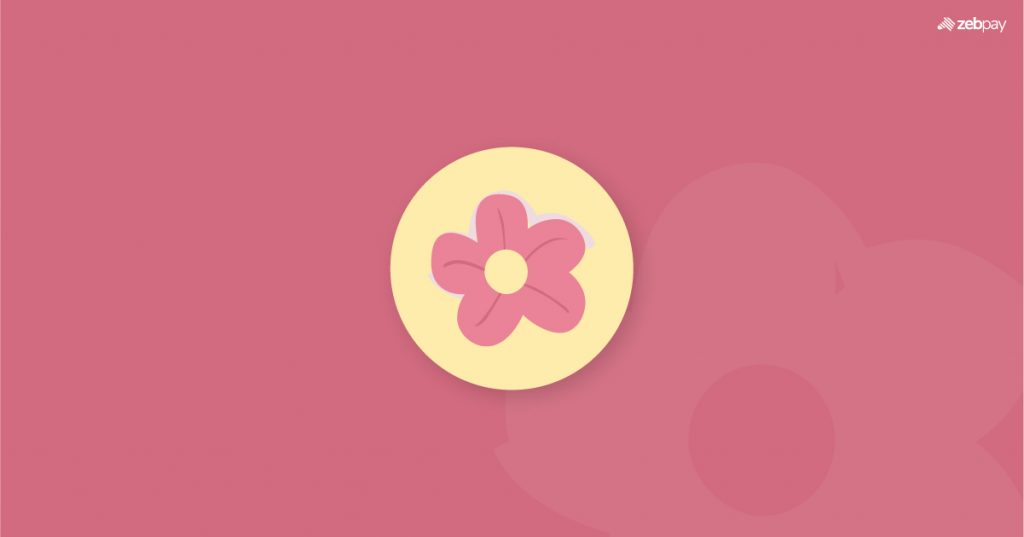 My Neighbor Alice, an online multiplayer farm-building game, is available. It is popular among blockchain game enthusiasts as well as the general gaming community. It features blockchain-enabled and player-driven storylines. You can buy and upgrade land plots with your creations.

Learn more about: What is My Neighbour Alice’s Name?

The game allows players to become the owners of virtual islands and collect or build items. It also features a social network. Players can share their plots with other players and make new friends after they have created them. Players’ assets can be represented using Non-Fungible Tokens.

Alice, my neighbor, is a builder. It features an open-world layout that allows players to explore Alice’s world. You can also interact with other characters and players within the game. To navigate Alice’s world, players use their avatars. All the plots in the physical world will be owned by the players.

You have the option to customize

Each plot can be represented by a unique NFT. You can add decorations or change the location to suit your personal taste. These NFTs can be traded or sold to other players looking for value in your creation.

Other than lands, in-game assets include limited edition assessors and other resources. Users have the option to manage scarcity and create their own items. NFTs in the game are created using the NFT protocol “Chromia originals”. These NFTs are powered by Binance Smart Chain (BSC).

The native governance coin of My Neighbor Alice is the ALICE token ERC-20. To protect the network, Alice uses proof of work (POW). You can use ALICE to purchase avatar skins, worlds, and in-game items. You can take part in the governance process as an ALICE token holder.

The council promotes development, votes and decides budgets. The board makes decisions about revenue sharing, game development and improvement. These tokens can be used to get great rewards and support the ecosystem.

Participating in tournaments, quests and events in-game can help you earn Alice tokens. You can use the token to invest, play, and be part of the game. Gamified finance features such as NFT collaterals or rentals are also available.

The Ethereum blockchain is used to build the game. During peak activity periods, high fees may apply.

My Neighbour isn’t the only blockchain game. SAND, MANA and GALA are all capable coins that operate in the same area, which gives the project a tough opponent.

Coinbase bankruptcy prompts warnings to get crypto off exchanges