Russians are paying up to $20,000 above market rate to buy Bitcoin

Media outlet DeFiprime.com noted Bitcoin is trading for up to $20,000 above the market rate on Russian exchanges.

DeFiprime.com jokingly called this the “matreshka premium,” as a spin on the kimchi premium, which was a prevalent phenomenon from around 2016.

“Matreshka,” or the matryoshka doll, are colorfully painted wooden dolls of decreasing size nestling inside another. It is perhaps the best-known symbol of Russia, representing respect for the elderly, family unity, fertility, abundance, and the search for truth and meaning.

Although “matreshka premium” doesn’t have the same ring as kimchi premium, the two exist for similar reasons.

Blast from the past: Kimchi premium

The kimchi premium is a term used to describe the price difference between tokens on Korean exchanges compared to the rest of the world. The most significant difference was primarily seen in Bitcoin.

With the fermented cabbage dish being a Korean staple food, what better way to represent this situation?

Around 2016, North Korean leader Kim Jong-un was ramping up tensions in the region, including missile testing. Incidentally, missile launches have resumed in 2022, indicating a return to hostilities.

This led to capital controls restricting money flow into and out of Korea. The ensuing difficulties in moving money led to backlogged demand and a temporary boost in cryptocurrency prices.

“A rise in the kimchi premium can be an indicator of increased retail investment in Bitcoin by Korean investors.”

At the height of the kimchi premium, Bitcoin was trading for as high as 50% above the market rate. While it still exists today, it’s much less prevalent, coming in around 5%.

Likewise, tensions between neighboring Russia and Ukraine erupted in war last week. The resultant sanctions have excluded some Russian banks from the SWIFT global payment network.

Since then, the ruble has sunk to record lows against the dollar, with 1 ruble currently worth $0.01. In response, the Russian central bank has raised rates to 20% in a bid to counter hyperinflationary pressures.

And with the fact a “matreshka premium” exists, it’s clear many Russians see Bitcoin as a safer bet than the ruble. 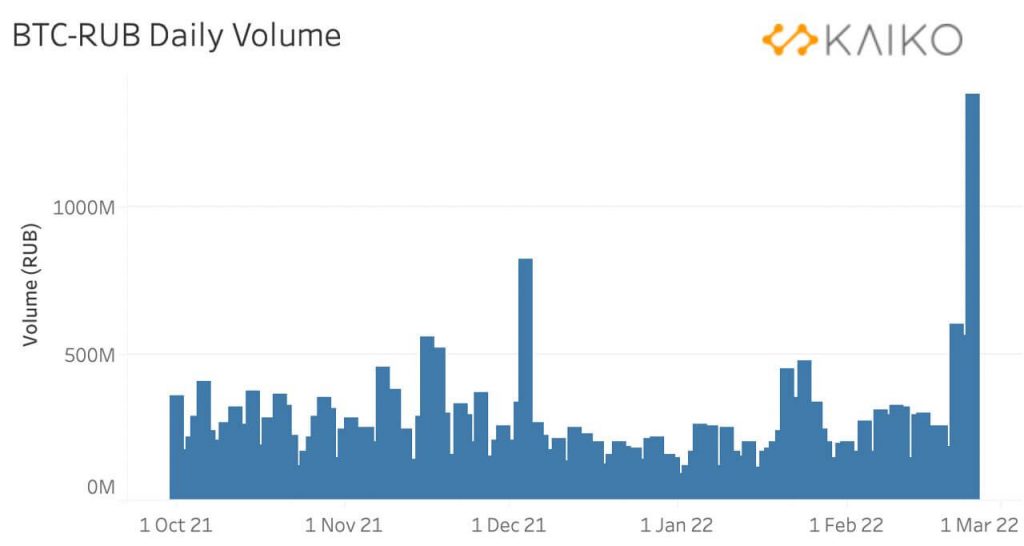 Russians are paying up to $20,000 above market rate to buy Bitcoin CryptoSlate.

Did you miss our previous article…
https://www.goldcoastmoneyonline.com/cardano-founder-set-to-reveal-the-future-of-finance-at-the-inevitable-world-summit-2022/

Does HBO Max Offer a Discount for College Students?

GoPuff Driver Review: What’s It Like to Drive for GoPuff?

GoPuff Driver Review: What’s It Like to Drive for GoPuff?