NFT remains the dominant sector on Ethereum and is responsible for most of the transfers on the network. This is according to the newly released Coin Metrics State of Network report.

NFT token transfers beat that of other spaces

Non-fungible tokens have been trading at all-time highs for the past few months despite the general downtrend in the crypto market. In addition, since July 2021, NFT transfers on the network have surpassed Stablecoins and all ERC-20 tokens.

The adoption of NFTs started to skyrocket towards the end of last year, with platforms such as OpenSea, the number NFT marketplace, seeing record trading volumes. 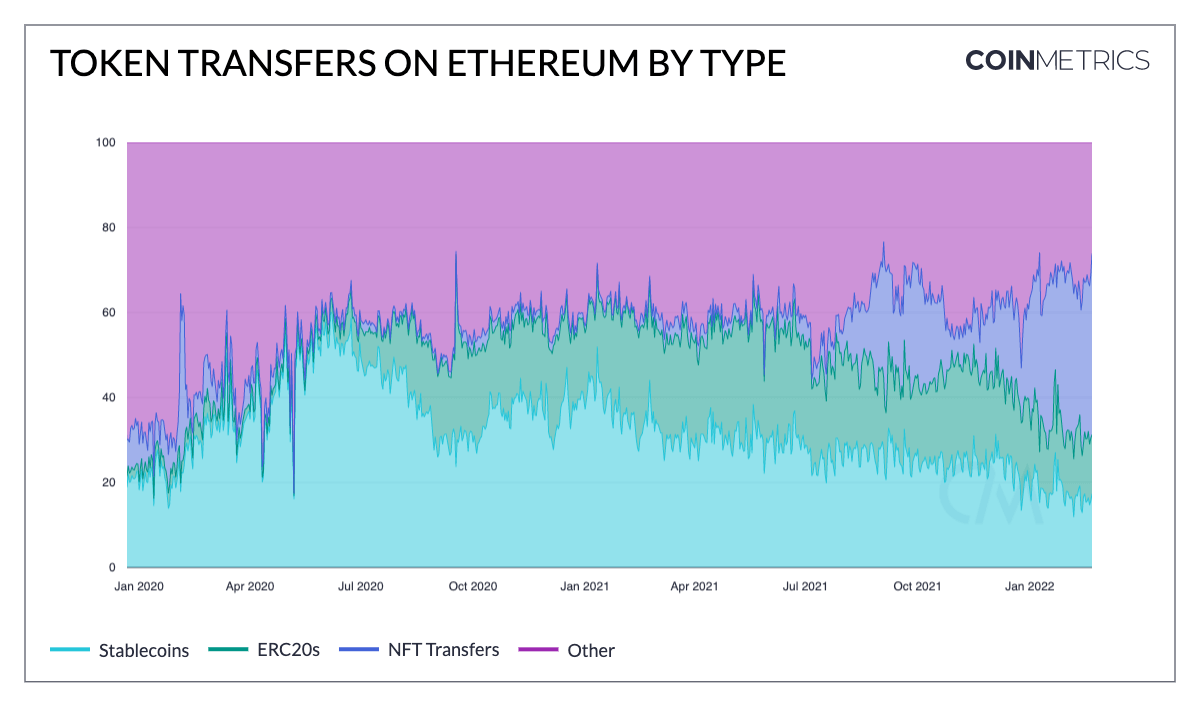 LooksRare, which launched on Ethereum in early January, posted over $2 billion in trading volume within the first 30 days. Even the Coinbase NFT platform, which is yet to launch, already has more than 2.4 million people on the waitlist.

The interest in NFT isn’t limited to retail investors. Several institutions like Adidas, Nike, Mercedes, and others have released limited NFT collections as they seek to make their mark on the metaverse.

However, the current market pullback has affected other sectors significantly. One of the affected is the DeFi space, where the total value locked had dropped below $200 billion this year.

The evidence of this reflects on the inflow of Wrapped BTC to Ethereum network which has dipped since the year began.

Wrapped BTC makes it possible for Bitcoin holders to participate on the Ethereum network and within the DeFi space without losing their assets. The Ethereum compatible wBTC can be redeemed for Bitcoin at any time. 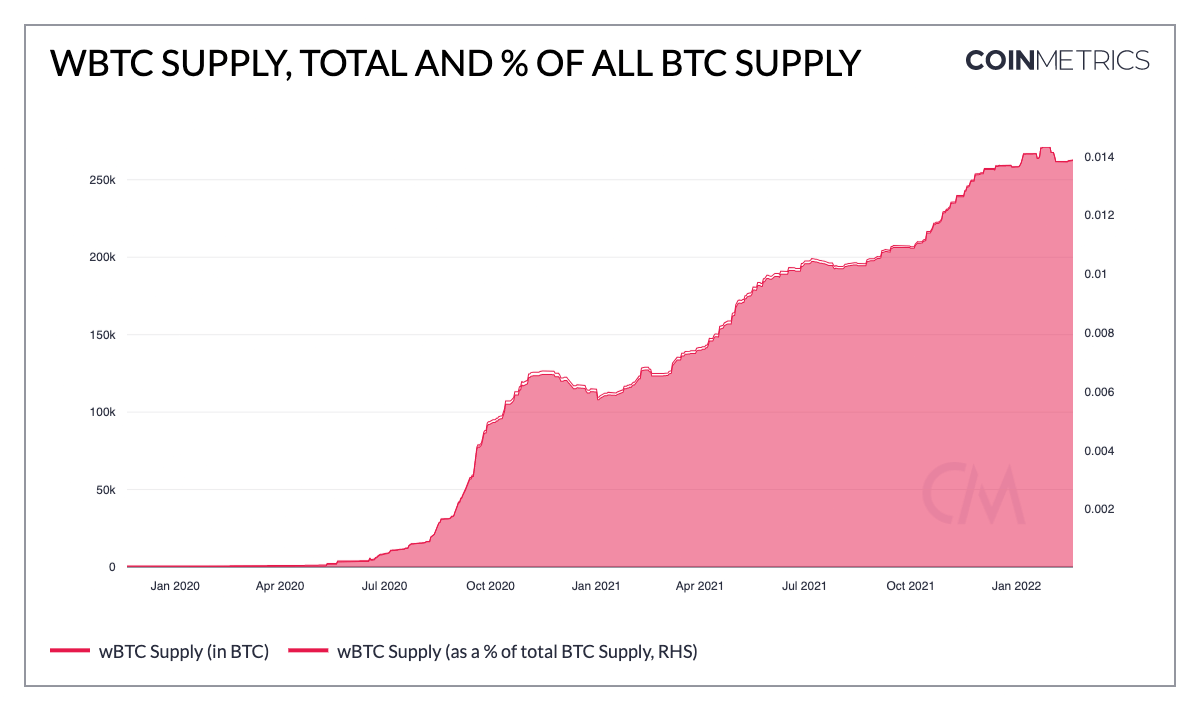 With about 263,000 wBTC currently on Ethereum which is roughly 1.4% of the total Bitcoin supply, most are locked in smart contracts on DeFi platforms like Maker and Uniswap while other smart contract-enabled platforms like Avalanche also have a substantial amount of wBTC in their bridges. BTC and ETH active addresses both dropped about 8% week-over-week.

However, since the start of this year, the inflow of wBTC on DeFi has mirrored the decline of the wider crypto market. While the inflow more than doubled last year, we are yet to witness a level of sustained inflow in 2022.

With conflicts in Eastern Europe and fears of a global crisis, the performance is unlikely to improve soon. In the past 24 hours, the crypto market cap has fallen by almost 10%.