How are they different?

Bitcoin, since its inception in 2009 has been synonymous with the term Crypto for over a decade. This created a new asset class that is used today by institutional and retail investors. This was the first time that an asset had its intrinsic worth since gold. It was based on a scarcity driven model.

Bitcoin’s impact was not limited to the creation of a new asset type. Many innovators were inspired to create unique Crypto tokens. Litecoin is one such application that was created by a hard fork on the Bitcoin blockchain. A hard fork occurs when there is a disagreement on the Blockchain network. The Blockchain then splits and creates a new chain, represented by a token.

A Brief Introduction to Bitcoin

Satoshi Nakamoto created Bitcoin in 2008 after the global financial crisis. It was designed to be an alternative to traditional finance. Bitcoin transactions are stored on the Bitcoin blockchain, which is an open-source and decentralised ledger. Transactions recorded on the bitcoin blockchain are also permanent, so they cannot be deleted.

Charlie Lee launched Litecoin in 2011 as a Crypto token. It was created to remove the limitations of Bitcoin. Many first movers tried to grab the asset during the meteoric rise in Bitcoin (BTC) prices between 2009 and 2011.

It became more difficult to mine Bitcoins during this period due to the increasing computational power needed during the Proof-of Work consensus mechanism. The Application-Specific Integrated Circuits (ASIC), a Bitcoin mining infrastructure, became more expensive. Bitcoin mining became more difficult for regular crypto enthusiasts. The rising costs meant that less people could purchase the infrastructure, which could lead towards centralisation.

Litecoin was developed to address these limitations in infrastructure cost and centralisation. It uses a mining algorithm called “Scrypt” to mine.

Continue reading: Proof of Work or Proof of Stake?

Bitcoin vs Litecoin – What Are the Key Differences?

Mining algorithms and infrastructure cost are key differences. However, there are many other characteristics that set them apart.

Is Litecoin better than Bitcoin?

We have already discussed the main differences between Bitcoin and Litecoin. Now comes the big debate about which token is best. Litecoin was founded with the goal of providing affordable infrastructure for decentralization. However, many mining companies were able to produce Scrypt ASCI mining infrastructure. Litecoin seems to be more concentrated, with most of the mining occurring from a few mining pools. 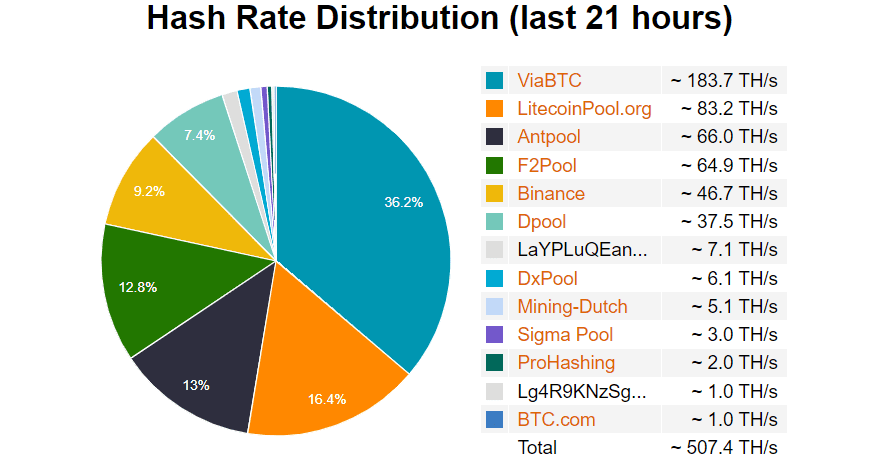 The graph above shows the distribution of mining on Litecoin’s blockchain. This graph clearly shows that the majority of mining occurs from just a few mining pools. The data was collected on 7 October 2022.

Bitcoin, on the other hand has a reputation unlike any other Crypto token. Bitcoin is often called “Digital gold”, and has been a powerful asset ever since its inception. Because of its high hashrate, Bitcoin’s blockchain is more secure than Litecoin. Higher hash rates require more computing power to perform a 51% attack. The Bitcoin blockchain is extremely resistant to hacks at the moment.

ZebPay now allows you to buy Bitcoin and Litecoin.

How are they different? ZebPay.

Did you miss our previous article…
https://www.goldcoastmoneyonline.com/6-october-2022/