Crypto Gaming is a bullish sector in the Crypto industry.

This is the second report we have published on a Gaming Project. We published a report about The Sandbox before this one. This made our community grow more than 10x over a matter of weeks. The Sandbox Research Report can be found here.

Gaming as an industry has changed significantly over the past 20 years. It started out as a “Mode of Entertainment”, but then it evolved into a means to escape from reality. Now it is “The Reality”.

Many people quit their jobs to play crypto-games. Play to Earn rewards its users in real crypto tokens. You can google it or refer to this article. This P2E (Play to Earn), category of games was pioneered by Axie Infinity.

The Blockchain ecosystem is also a key ingredient in the success of these projects. It gives players complete control over their in-game assets with the help Non-Fungible Tokens.

Gala Games is a new P2E gaming platform that we have today.

Let’s get to know more about this project.

What are the Gala Games?

What are the Gala Games?

Gala Games is a Gaming Studio which develops blockchain-based games. The platform currently runs on Ethereum Blockchain. The company plans to move the platform to its native blockchain network, called Gala network.

The unique selling point of this project is its founding team’s extensive experience in the gaming industry. Gala Games will not only build one game but many, rather than a single game that becomes popular and loses its appeal over time. The ecosystem is not dependent upon one game.

Let’s now take a look at the backgrounds of founders.

Who were the Gala Games’ Founders?

Gala Games was founded by Eric Schiermeyer, and Michael McCarthy.

Eric is a resident of San Francisco, California in the United States. He has a Philosophy degree from the University of California. Eric Co-founded Intermix Media in 2000. This company was responsible for MySpace, which was one of the most popular social networking sites of the 2000s, before Facebook.

Eric Co-founded Zynga in 2007, a gaming company that created some of the most popular Facebook games like Farmville and Zynga Poker.

After so much success in gaming, Eric joined forces with Michael McCarthy, the Ex Creative Director at Zynga and co-founded Gala Games. 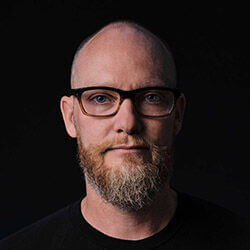 Michael resides in Salem, Oregon in the United States. He holds a Bachelor’s degree in Computer Animation and Fine Arts.

Michael has been a Creative Director for many gaming companies. He worked for Zynga from 2009 to 2015.

Eric joined him in 2019 to create Gala Games after he left Zynga in 2015. Michael is the Studio Director at Gala Games and the lead developer for the first game Town Star on the platform, which is a crypto version Farmville.

The founders are not the only members of the team. There is a total of more than 90 people involved in the project.

Let’s now learn more about Gala Games and its components. 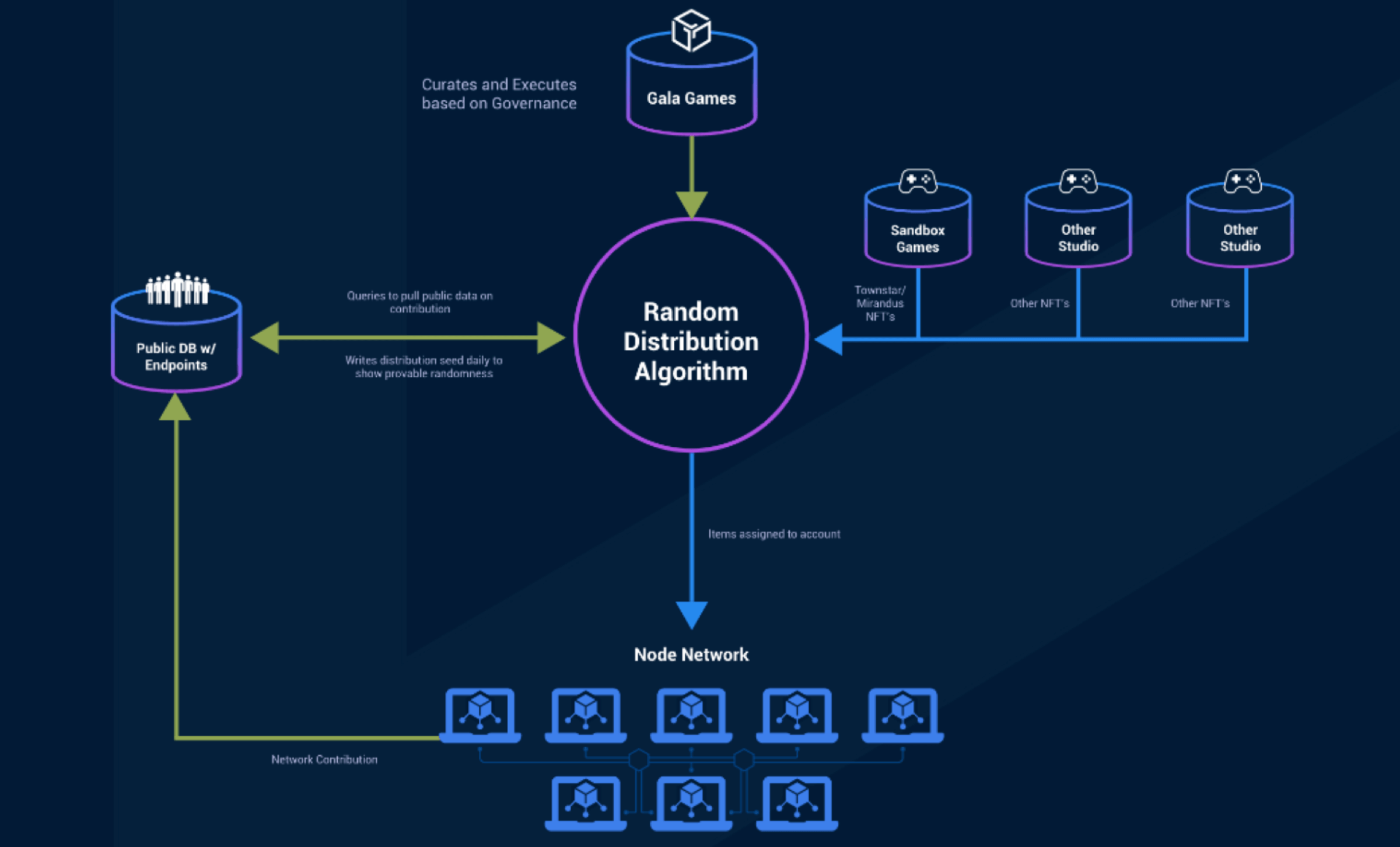 Gala Games, as we have discussed, plans to run its gaming ecosystem via its blockchain network Gala Blockchain. Gala’s transfer to its blockchain is expected sometime in Q2 2022.

This Network can be further divided into two parts.

Let’s look at these nodes in detail.

A node is a computer that downloads Gala Games software. The network will have a maximum number of 50,000 founder nodes. These founder nodes will form a blockchain network called the Gala blockchain. This is how the ecosystem will be protected and will not be centralized.

The founder nodes would thus have a shared authority in the Gala network.

The Founder nodes will receive periodic rewards in the form GALA tokens (the native tokens within the GALA ecosystem) or limited edition NFTs.

To run a founder network node, however, you must purchase a license to the platform to do so. 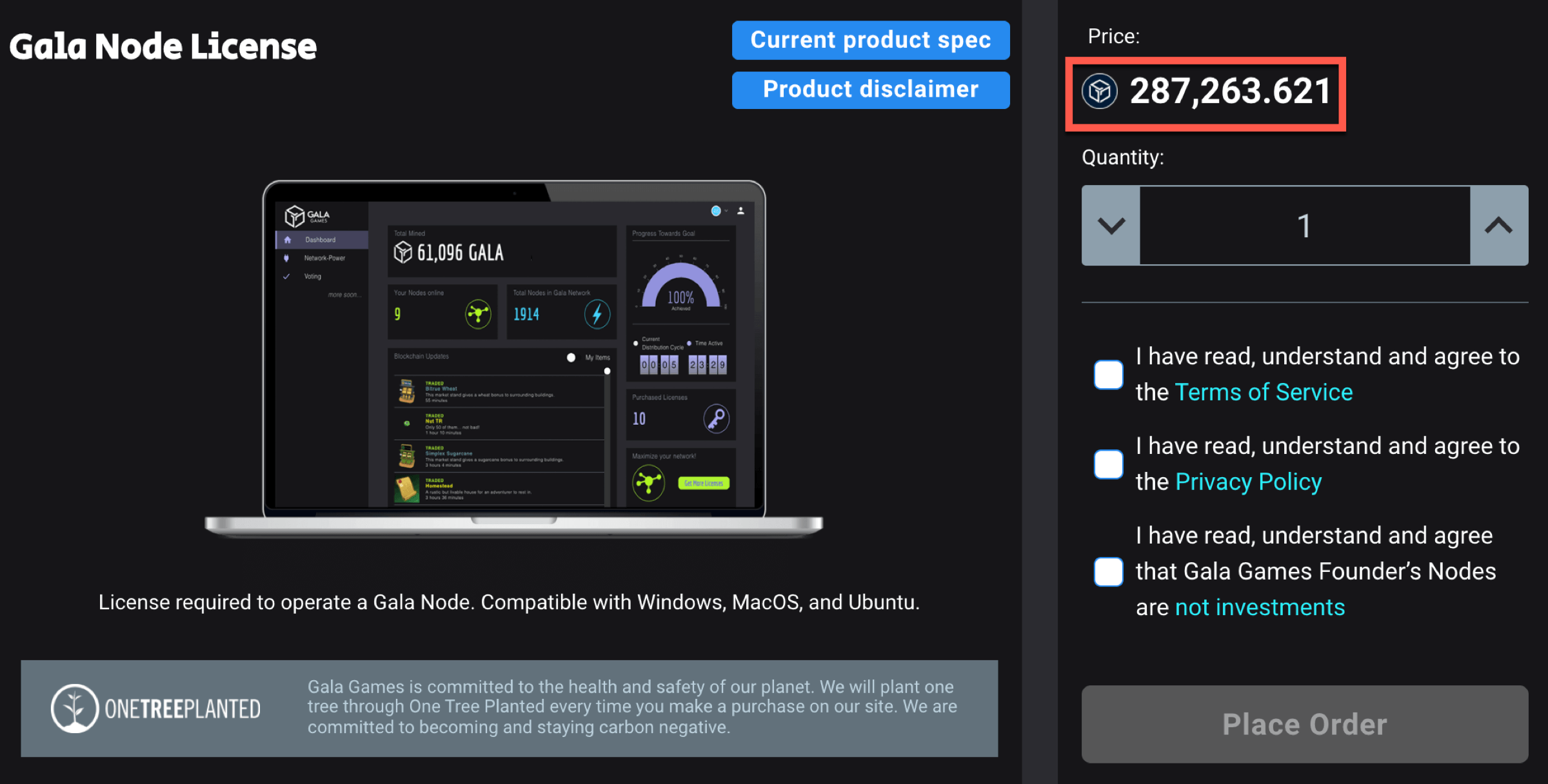 The price for one Gala Node License at the time of writing is 287,263 Gala Tokens. This amounts to approximately $ 92,500. That’s quite expensive.

After issuance of 50,000 node licences, plans are in place to make these tokens non-fungible so they can be traded on the markets. 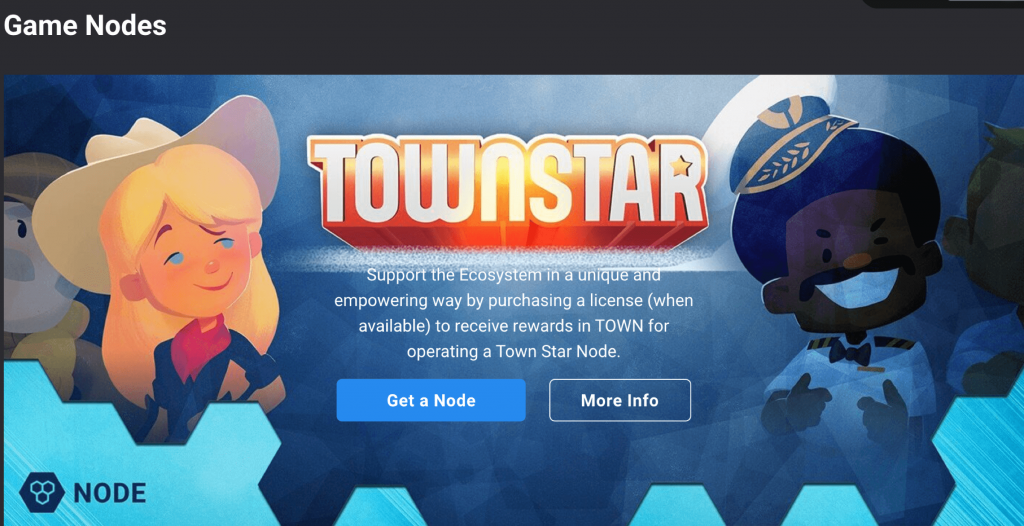 Game Nodes work in the same way as Founder Nodes but are game-specific. These nodes form a secondary network to the main Gala network, called Gala Game Node Network.

Townstar is currently the only live game available on the platform. Townstar also has its own Game Node Network. People can also purchase Townstar Nodes.

The Townstar Node’s last asking price was 46,085 GALA tokens (the native token of the Gala Games ecosystem), which is about $15,000.

The Games they are building is the most important part of the entire Gala Games project. Let’s take a look at the Games. 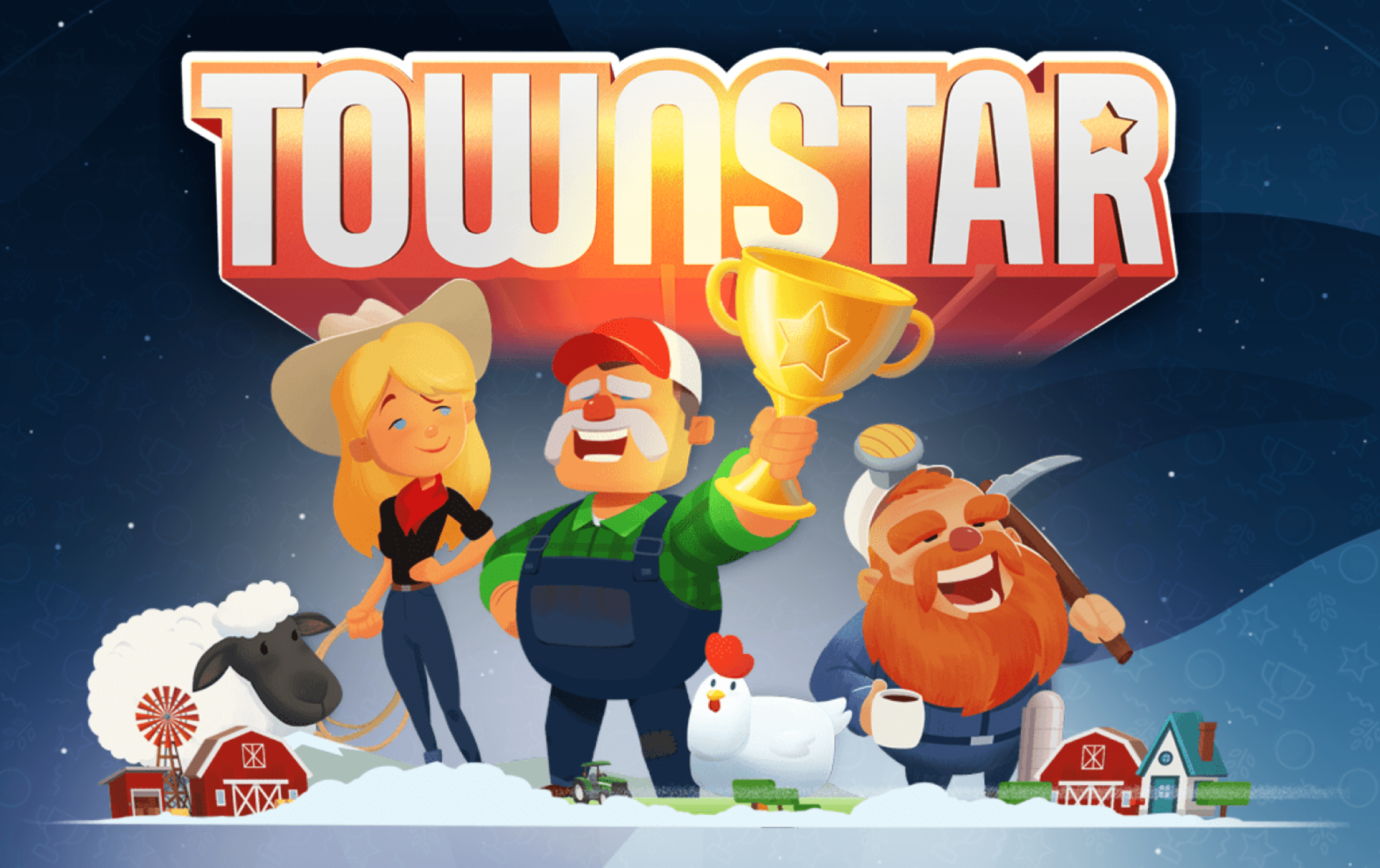 Gala Games’ first P2E (Play to Earn), game Townstar, has gone live. It’s a crypto version to Farmville, Facebook’s most beloved game. You get a farm and some cash. Your task is to make it a business and keep it going with the resources available. It’s a challenging game.

Michael McCarthy, co-founder of the game, is also the game’s lead developer. I spent a lot of time playing Townstar. It is addictive, with the exception of the latency and loading times.

Daily challenges can help you earn a $TOWN native token. Additional prizes can be won by the top players each day. To earn these rewards, however, you will need GALA tokens (the native token in the Gala Games ecosystem) as well as a Townstar NFT in a wallet.

Read more about Townstar. You can also refer to Townstar NFT Marketplace for details about each game on Gala Games.

Other games are in development on the platform include: 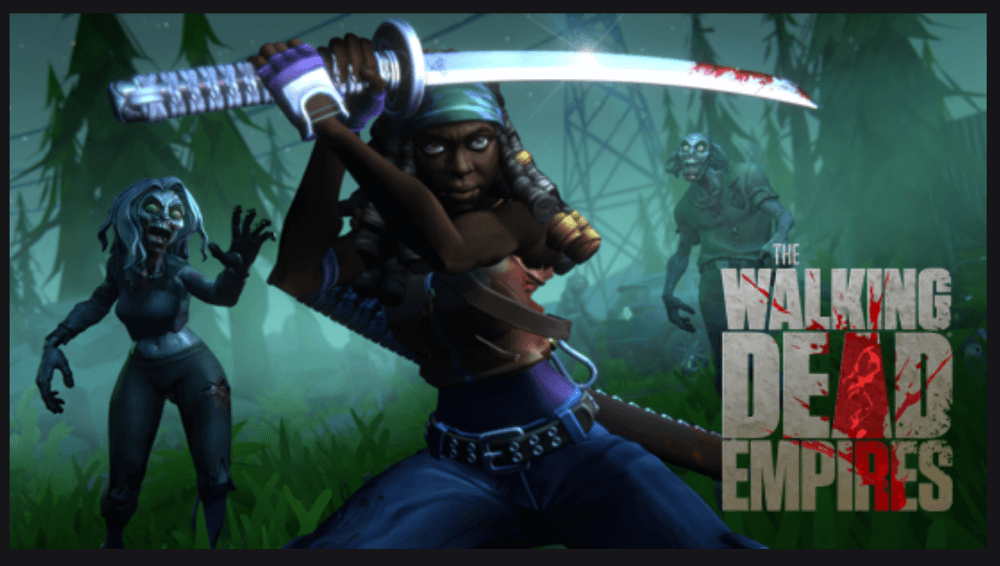 Learn more about The Walking Dead. 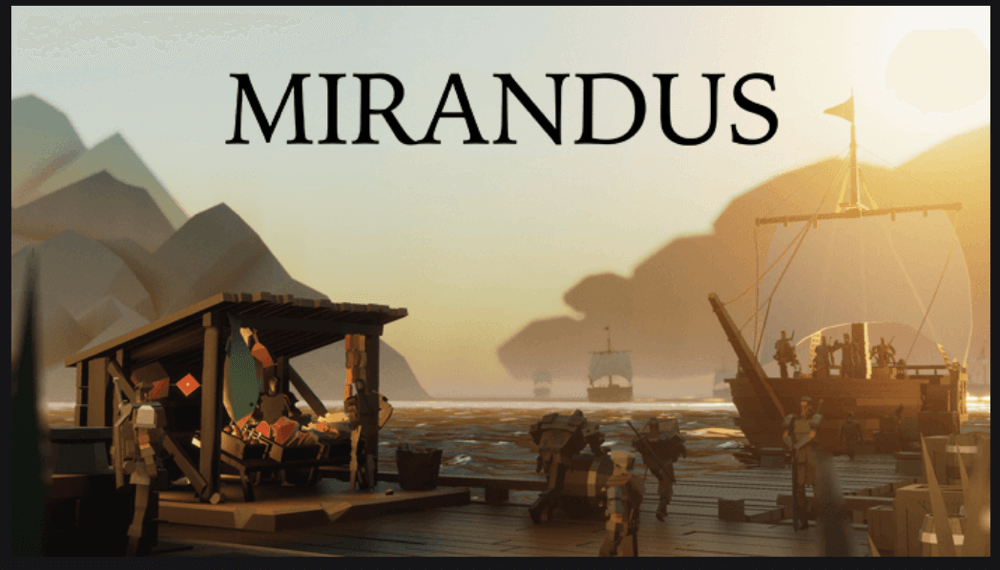 Mirandus is a game that lets you choose who you want to be and what your quest will be in the epic battle against evil.

Find out more about Mirandus. 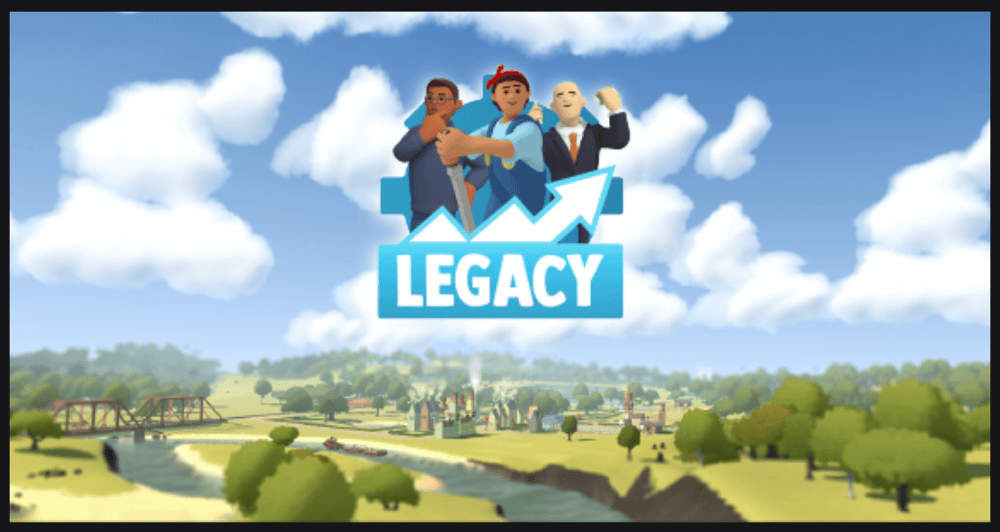 Legacy Legacy is a game that encourages creativity and allows you to grow your business. 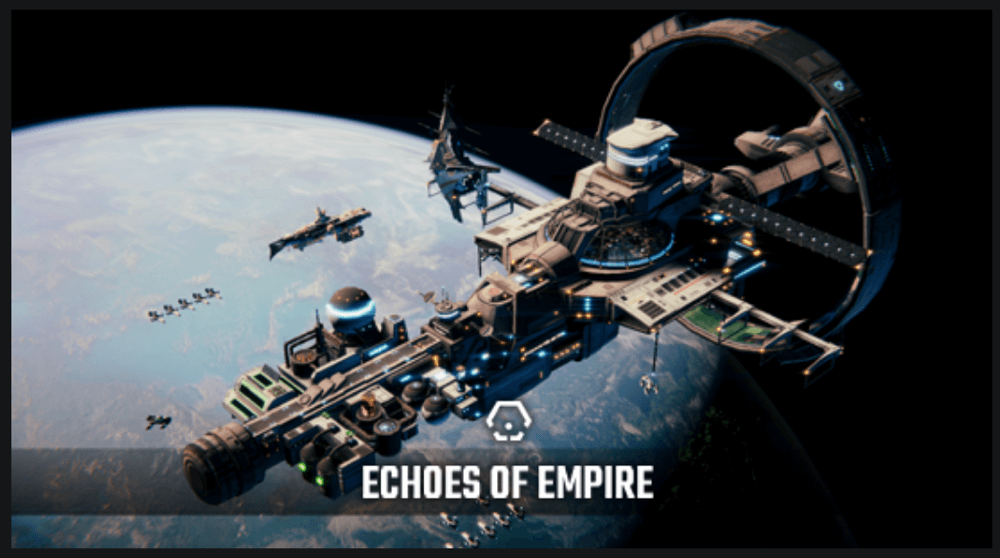 Learn more about Echoes of Empire.

The Gala Store is the next component of Gala Games. It’s an NFT marketplace that sells in-game products for use on the Gala Games ecosystem.

There are items that can be used in different games.

GALAEthereumBATThe game’s native token (such as TOWN token, Townstar NFTs can be bought with Townstar tokens).

A Castle in the Mirandus, which sold for $3 million, was the highest-sold item on the marketplace. More than 26,000 NFTs were sold.

GALA is the next component of the Gala Games Ecosystem.

GALA is a utility token with the following uses:

Governance of Gala GamesRewards for the Founder NodesIngame currency of Gala Games Ecosystem. Rewards to the Game PlayersPayment to Gala Store for in-games products

GALA token owners do not have equity rights in Gala Games Ecosystem. Additionally, this token doesn’t grant you any rights to revenue or profits.

We couldn’t find any information about GALA tokens’ future distribution or emission.

Furthermore, an On-chain analysis of GALA tokens shows that 91% of token holders have more than 1% token supply. This indicates that the supply is not highly decentralized.

Tokenomics is therefore inconclusive due to a lack of information and high levels of tokens.

Where can I buy a Gala token?

These Centralised and Decentralised Exchanges allow you to purchase GALA tokens.

Let’s now look at the pros and cons associated with the Gala Games.

What are the benefits of Gala Games?

These are the benefits of the Gala Games:

Players are the most important thing in a game. It doesn’t matter if you have the best developers, investors, or graphics. It won’t work if there aren’t players.

Gala Games’ greatest strength is its community of gamers. The platform boasts 1.3 million active users and only one game, which is quite impressive.

Axie Infinity is a better ecosystem than the Ecosystem of Better.

Axie Infinity, the P2E pioneer, is one of the most popular games at the moment. It is possible that some people may get bored with the game. The whole ecosystem depends on one game.

Gala Games, however, is not dependent upon any one game. The success of each game would increase the value of Gala Games, and therefore GALA Token.

The Gala Games has a significant social media presence.

What are the limitations of Gala Games?

These are the Gala Games’ limitations:

There is no Whitepaper or Roadmap 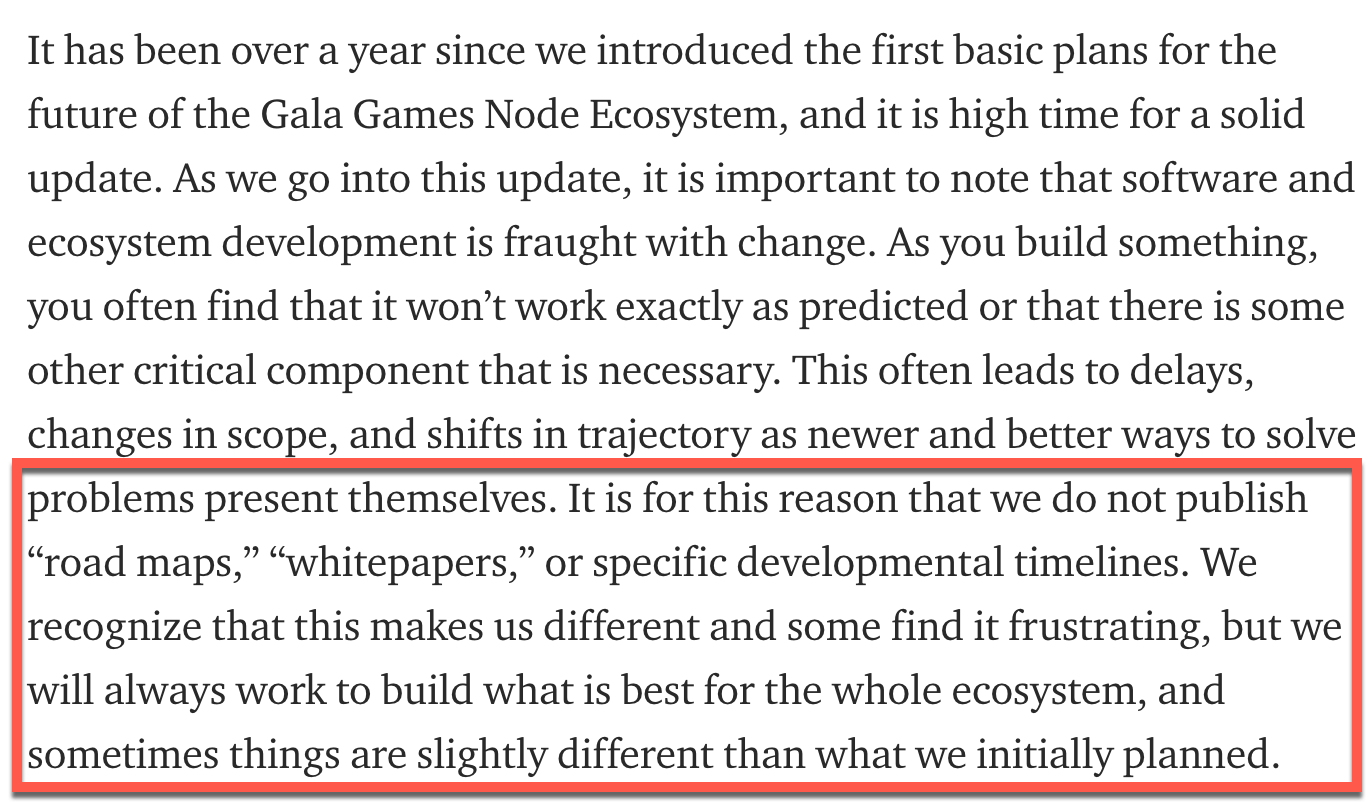 This was our most shocking moment. Practically, there has never been a blockchain project without a whitepaper. The project also lacks a roadmap that will indicate when game development is expected to be complete.

It is difficult to predict how the project will grow and when the under-development projects will be completed.

Even though we didn’t have a whitepaper, our efforts to understand the ecosystem were made with the aid of the resources available.

Townstar is an interactive game but we did experience some latency. Gala’s discord channel has seen similar issues a few times.

A mobile application is required for mass adoption of a game. The company has no plans to launch a mobile app.

GALA tokens can only be used in limited, non-exclusive ways. The GALA tokens and three tokens can be used to purchase the in-game tokens. This decreases the need for GALA tokens within the ecosystem.

Furthermore, it is not possible to fully understand GALA tokens future distribution and emission.

Conclusion: Should you Invest in Gala?

That’s all we know about Gala Games, and GALA, its native token.

We believe the project has both many benefits and some drawbacks. The benefits outweigh the limitations. Gala Games has demonstrated that a gaming project can only be successful if it is adopted by players.

According to our understanding, there is potential upside for the project in the next quarters, when other games will be available. We already have a good amount of GALA tokens.

11 Best Bitcoin Exchanges Around The World To Buy Any Altcoins