Bitcoin is poised for a role in a new world currency order.

It seems that the greater the chaos, the deeper the changes are. We seem to be at the edge of a major monetary pivot in the current post-Covid-19 chaos, which includes supply disruptions, high inflation rates of 40 years, and war in Europe. We must first go back to the previous reset in order to understand its implications and how digital asset fit into it.

It was July 1944 when the World War II chaos was ending. This created a new paradigm that we still use today. 44 countries created a new international currency system in Bretton Woods, a mountain resort. It was very simple.

The US would be the economic and military capital of the world, making it the monetary centre. Other nations would also peg their currencies to US dollars. The US would then have its dollar pegged to US gold reserves at $35 an ounce. As foreign currency traders exchange foreign currencies, investors would use forex brokers to expand or contract their USD supply.

The gold peg was abandoned by President Richard Nixon in 1971. This effectively ended the Bretton Woods system. He stated that “there is no need for the United States of America to compete with one arm tied behind her back.” However, the Bretton Woods legacy survived. The petrodollar was a key component of the post-Bretton Woods period. It has been supported by the International Monetary Fund (IMF), and the World Bank.

The US is the World’s Money Controller

The gold peg was a hindrance to US expansion, as President Nixon proved correct. Both sides of the equation have their issues with the gold peg.

The government’s expansionary policies were also constrained by the fixed exchange rate. This was because the money supply was limited. These included everything from military spending to unemployment interventions. The gold peg was also a double-edged sword. While countries that pinned their currencies to the dollar had to agree to some domestic policies, they could still redeem dollars for gold. Although gold is expensive and rare, it is still easily mined. Even so, the supply of gold is not sufficient to keep up with global economic growth. A deficit is a situation in which a country’s income falls below its spending. This leaves it with fewer options to turn the tide of the recession.

It was this last point that Nixon decided to end the gold peg. Nixon needed the Federal Reserve to supply cheap money via lower interest rates. This would have the effect of flooding the economy with cash. It would allow the economy to grow enough to offset any recession. Do you sound familiar?

The Fed’s trillions of dollars injection has triggered a new generation of retail traders who use commission-free stock trading platforms. We have seen record-breaking stock market gains. The 1970s saw the end of the stabilizing gold peg, which was a period marked by the Great Inflation. 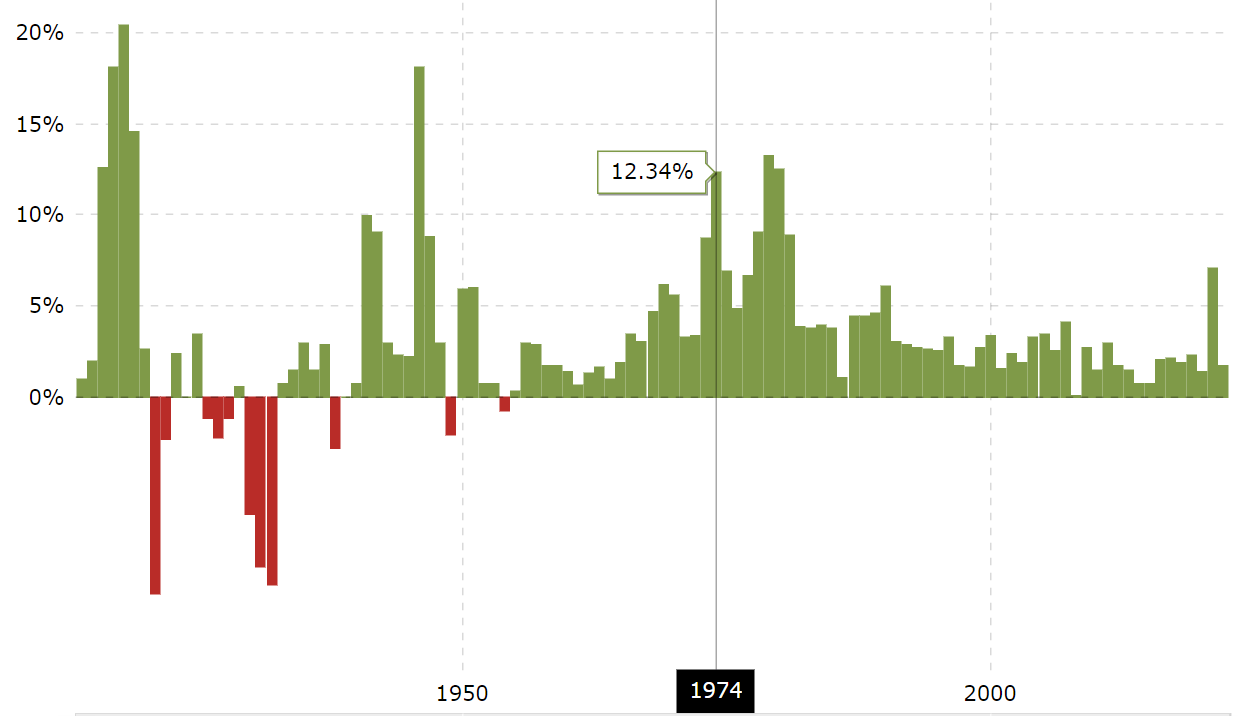 However, the USD’s petrodollar status has made things worse. The USD is now the world’s reserve currency, as it spends almost as much as the rest of the world on military operations.

The US’s influence in Europe stemming form WWII is well-established and it has control over the Gulf States. Therefore, the US has used the petrodollar to offset the negatives of its unlimited money supply and constant spending. Both OPEC (Organization of Petroleum Exporting Countries), and non-OPEC countries, like Russia and Qatar, use dollars to trade oil or gas.

This system is vulnerable and the West exposed it this March when it made unprecedented financial moves against Russia.

Russia is the nation with the largest landmass in the world, and has a wealth of energy resources. Russia’s largest exports are energy-related products at 63%. 26% and 12% of these are crude oil and natural gas respectively. Russia is now in a dominant position against Europe which relies heavily on Russian energy imports.

National Geographic also reports that Russia and Ukraine provide the world with a total of 12% calories through their 30% wheat production. What happens if these two countries go to war?

This is largely dependent on the West’s response, which has so far been sanctioned. It would take a lot of time to list all sanctions against Russia so far. It is enough to say that the G7 nations took control of Russia’s forex reserves. This is a clear break with established international norms. China, India, and Saudi Arabia took notice. They have also all indicated plans to or considered trading energy products in currencies other than the USD.

These considerations were also accelerated by President Putin signing an executive order requiring unfriendly countries (those who imposed sanctions), to pay in Russian rubles not only for oil and gas imports, but also for wheat. Putin is preparing the ruble for a commodity-based currency.

G7 ministers have so far rejected Russia’s request to pay in rubles for its energy products. Austria and Germany are also preparing for gas shortages, the former being often called Europe’s economic engine. The CEO of Germany’s multinational chemical producer BASF SE warned that there could be a collapse in the supply chain.

To put it bluntly, this could lead to the worst crisis in German economic history since the Second World War. It could also threaten our future prosperity. It could spell doom for many small- and medium-sized businesses. That is unacceptable!

Europe, which lies between Russia and the USA, is at a pivotal moment, much like in 1944 when the Bretton Woods monetary order was established. However, while these cycles seem to repeat, one novelty cannot be dismissed–decentralized networks which have the capability to create sovereign digital money.

Bitcoin – The Global Reserve Currency for the Little Guy

New assets are emerging that can remain neutral in the current world’s monetary order. This is the critical benefit Bitcoin provides to the world: a sovereign, stateless digital currency with a fixed supply.

Bitcoin, unlike gold, is not subject to seizure. One can access their assets via Bitcoin’s blockchain network if they remember their recovery seed phrase. Although a recent EU proposal attempts to ban un-hosted wallets from being allowed, technological reality is far more complex than that.

If both parties view Bitcoin’s rise to be inevitable, they can only be confident about such debt leveraging. The Terraform Labs foundation is slowly increasing its Bitcoin supply, with the ultimate goal of reaching $10 billion in BTC.

This is significant because Terra hopes to replace Mastercard and Visa as a global payment system using its algorithmic stablecoin TerraUSD. Terra’s UST is being collateralized with Bitcoin, just as Russia is expanding its ruble collateralization by commodities.

Terra’s ecosystem is further bolstered through its Anchor Protocol which generates a 19% APY from UST deposits. This environment makes yield farming a viable way to generate passive income. It is especially attractive considering the CPI inflation rate of the US at 8%.

Russia is now required to broker complex deals with other countries, which means there are many hurdles ahead. Blockchain assets, on the other hand, are native to internet. This allows for decentralized and secure environments that can create conditions that don’t have any geopolitical constraints or ideologies. The most important thing is that the Fed’s inexhaustible money supply will not be reduced if the petrodollar goes away, no matter how long it takes.

There are so many unknowns in the new monetary order that Bitcoin’s appeal and track record speaks for itself.

The New World Monetary Order is Rising, and Bitcoin is Supposed to be a Part Of It CryptoSlate.

Did you miss our previous article…
https://www.goldcoastmoneyonline.com/ethereum-technical-analysis/

These Grants Could Be Eligible For Dyslexics